We had our usual “pre breakfast” delivered to our suite before we went up to the Queens Grill for full breakfast. It was a grey overcast morning with gusty winds, and a sea that was already quite rough – but there wasn’t too much movement. The captain did a broadcast at 10am (which is unusual) to just warn passengers to be careful moving around the ship, and that it might get a bit rougher during the day. 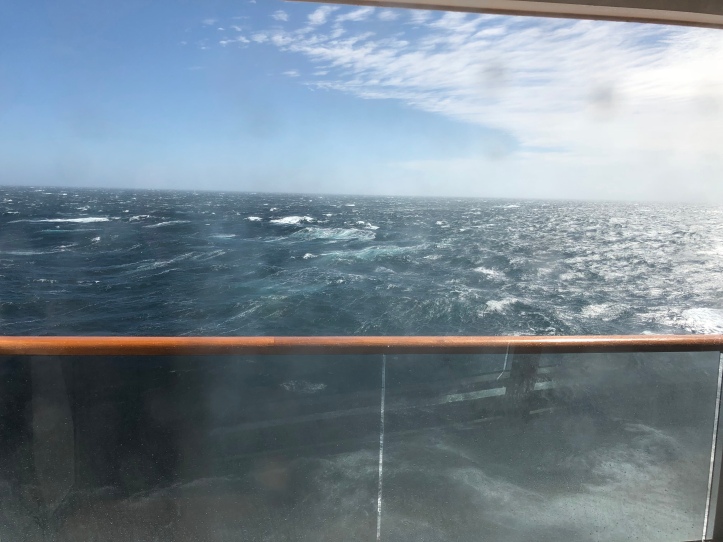 After breakfast M went to the Royal Court theatre for the first of two lectures. The first was about Faberge the jeweller which was very interesting and insightful. The speaker obviously knew his stuff and spoke with passion. The second lecture was on the history of the events that led up to the Russian revolution. This was also very interesting, especially with St Petersburg coming up, although you did have to concentrate to keep all the links together. The ships movement was clearly building up as the speakers were regularly sidestepping to keep balance, and the curtains were swinging behind them. 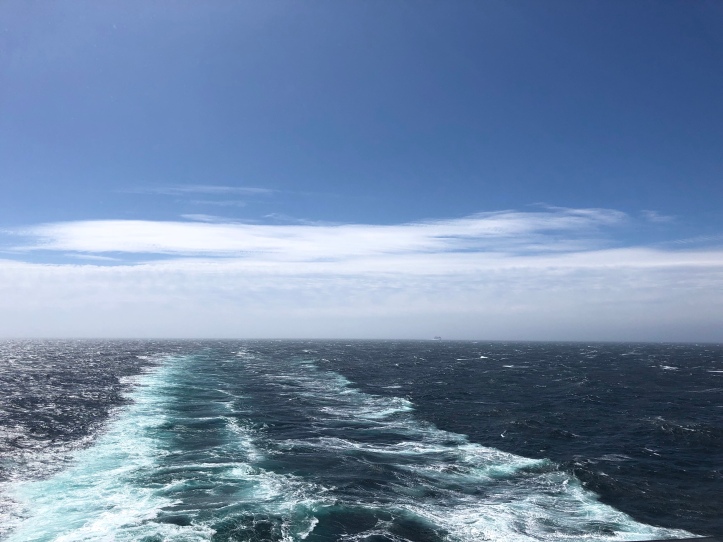 Meanwhile J had done some yoga, but wasn’t feeling too great so had retired to bed. During the captains midday broadcast he said the winds were at force 8 to 9, with gusts to force 10 – more than he had anticipated. I think it was possibly one of the rougher days we’ve had at sea, probably not helped by the direction of the waves versus the direction we had to sail. M went for lunch alone today (lasagne). J was not a happy camper.

After a bumpy afternoon, we finally entered smoother waters as we approached the tip of Denmark, in the lee of Norway, so the winds and sea abaited.

It was a black tie/gala night this evening. For supper tonight J chose the clear Oxtail soup, followed by the lasagne from lunch which they had kept behind, whilst M had Scallop Ceviche followed by a wonderful Chateaubriand of beef finished off with an Apple Streusel cake.

After dinner, and a walk around the shops, we retired to our suite for a relatively early evening, ready for the following day in Copenhagen.