A warm sunny day with clear blue skies – temperatures up to 27C.

We were just entering Helsinki harbour when M woke up. He enjoyed the final approach from our deck as we passed a number of small islands / rocky islets, before doing a 180 degree turn and reversing into our berth. P&O’s Arcadia was also arriving in port and tied up shortly after us. If you’ve never seen a cruise ship do a 180 turn in a small space, it is worth watching out for. To then see the Arcadia reverse into their docking space was very cool – parallel parking on steroids. We went up to the Queens Grill for breakfast to get us up and moving. 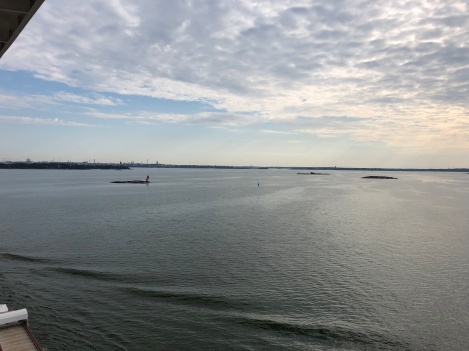 We had decided to try one of the hop on – hop off double decker bus tours which we had never done before (anywhere). Although we bought our tickets onboard thinking it would be easier, we wouldn’t do that again. There were two bus options which we didn’t know when buying the tickets, and while they were similar, it would have been interesting to compare prices, stops, and frequency. Additionally, we had to exchange the sales vouchers for tickets from one of the sales team near the gangway, which wasn’t clear until we were at the buses and had to go back. Although a bit annoying as a start, the bus was a great experience, went everywhere we wanted to go and was always on time. We would absolutely recommend City Tour for Helsinki.

The bus took a bit of a detour to where Arcadia was berthed – we didn’t pick up any passengers so we guessed it was just to get the buses in sync on the circuit. It gave us a chance to see the new developments around the port. Like many other ports in Europe, there were new apartment, office and hotel blocks popping up. We drove past one called “Wood City” which is three, 6 storey apartment buildings made of wood versus cement. With Finland having so many forests, it’s a showcase for sustainable developments using wood. After the Grenfell Tower tragedy it was interesting to hear that the wood had been specially treated so that it won’t burn, it singes, but doesn’t feed the flames of a fire.

Our bus tour continued and we decided to hop off at the Rock Church stop (the commentary was particularly interesting at this point as it was talking about the Cold War and spies from both sides being active in Helsinki).

The Rock Church is so called because it was built into a rock during then1960’s following a competition. It was well worth the €3 entry fee to see it from the inside (unless there is a better view we missed, the outside is not much to write home about). The way the interior blends into the rock is beautiful. The ceiling had a huge copper circle flanked by long rectangular windows, extremely striking. We were also fortunate to be there when a chap was playing classical music on a grande piano. The architecture was reminiscent of the church that J went to growing up. Despite the number of people, it made for a very special experience. The recorded tour said there are classical concerts performed in the church, which we would love to experience sometime. 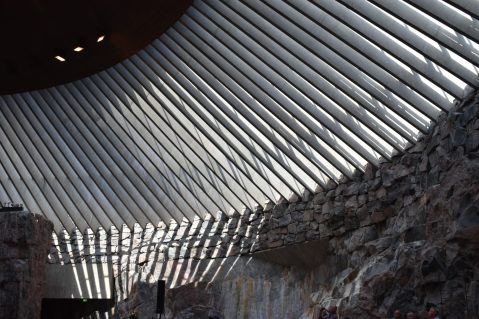 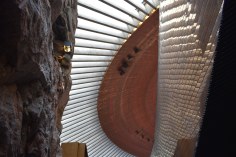 Rather than hop on a bus at the same stop, we chose to walk to the next stop which was by the Sibelius monument. We went via some beautiful public parks, and along the waters edge where the rowing club is located. This is also where the rowing took place during the Helsinki Olympics. It was all very serene, peaceful and pleasant. We noticed a woman turning what appeared from afar to be BBQ barrels, but subsequently learned that this is where the Fins wash their rugs! They use a pine scented biodegradable cleaner, and then hang them out in the sun to dry. The Sibelius monument was one of those pieces where everyone will see something different, be it organ pipes through to something deep and transformative. 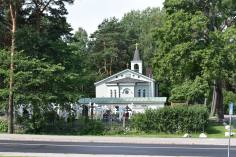 From there we took the bus all the way down to the central district. On the way it took us past the tram museum, Olympic stadium, botanical gardens, and a range of other major Finish buildings. We got off at Esplanadi which is one of the main areas of Helsinki – a wide tree lined boulevard with a park running down the centre. We stopped at Cafe Esplanad where we had coffee, a delicious salad and sandwich, as well as a couple of pastries. The salad was the standout part of the meal – absolutely delicious!

Feeling revived we continued to walk down Esplanadi towards the harbour where there was an open air market – usual tourist tit tat, but also some food stalls with gorgeous berries and vegetables – the smell of strawberries wafted around. We also passed the Finnish Naval Band that was playing in the park that afternoon. 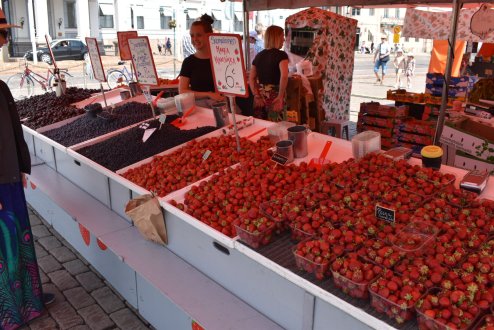 We headed up a small hill to the Uspinski Cathedral, a Finnish orthodox cathedral. It was ornate and beautiful, well worth the visit. From there it was a short walk to Senate Square to see the imposing Helsinki Cathedral, from the outside as it was closed for a wedding. Then we jumped on the bus to complete the circuit of the city and return to the ship. 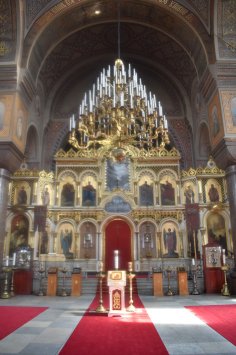 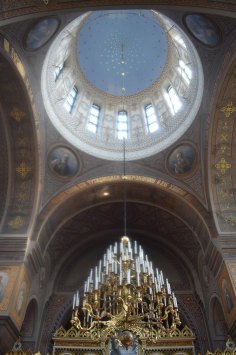 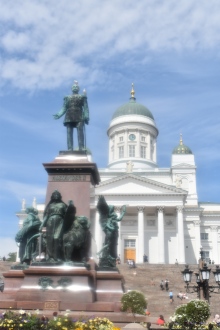 The ride back to the ship was through some lovely waterside residential areas, with views out over the water and the many islands. The city overall had a relaxed, pleasant feel to it, and we felt it was a great city to have visited – I’m sure the warm sunshine helped….in the midst of winter it probably feels a bit more stark. There was a lot of road works going on, which is presumably something that happens every summer due to the harsh winter weather; however, the lack of traffic meant that it wasn’t disruptive. The buildings are beautiful, many painted in pastels which softens the city. Definately somewhere we would go back to. We agreed that the hop on hop off bus was a good way to explore a city and see the main sights at our own pace and schedule.

We sat on our balcony when we were back onboard and made ourselves a bloody Mary from our complimentary mini bar, whilst enjoying the canapés delivered to our suite by our butler. On day 1 we asked for a mix of the regular canapés with some caviar ones, and Romil has delivered our request daily.

We stayed on our balcony to watch the sail away. There was a large flock of seagulls following us out of the harbour which kept circling the side of the ship. J thew some nuts to them…..until they started to become a bit intimidating!

Dinner was Crayfish salad followed by Surf and Turf for M with Mille-feuille of summer berries for desert; Mushroom consomme, followed by a specially ordered Spinach & goats cheese salad, and a warm pressed apple terrine for dessert for J. During dinner we noticed the ship had turned and was heading back towards Finland. The captain came over the address system and advised there was a medical emergency necessitating the evacuation of a passenger onboard. A helicopter came out to the ship and hovered over whilst a medic was lowered onboard. We didn’t see anyone other than that person return to the helicopter so not sure if the passenger had to be evacuated or not.

Having lost a fair bit of time, it was now a full speed run to get to St Petersburg at our programmed arrival time the following day. We did however see another beautiful sunset before we retired for the night ready for St Petersburg.